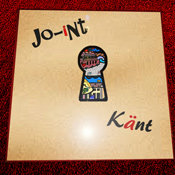 Jo-Int started working on Känt in 2008 in Stockholm. This album includes his compositions, in cooperation with Swedish songwriters and producers. The album was recorded exclusively on vinyl and includes songs dealing with social issues. While the song ‘Lägenheten’ (English: The Studio Apartment; here the story is told from the perspective of a studio apartment—how it feels small and ugly, and yet thousands of applicants want to have it) criticizes the living system in Stockholm, the song ‘Hurra, jag är i skolan’ (English: Hooray, I'm in school) praises the Swedish immigration policy and education system. With this album, Jo-Int has attained moderate success in Sweden and toured the independent clubs in Stockholm, Gothenburg, and Malmö.